Join Flight ENT as they host one of the fiercest nights in Jackon,TN history. This First Annual All-White Affair will be the livest party in the city.

**WARNING** if you do NOT like to party , then this event is not for you, because I will be rockin**

I’ll be updating this frequently with new and classic DJ Cotton mixtapes. FEED UP! 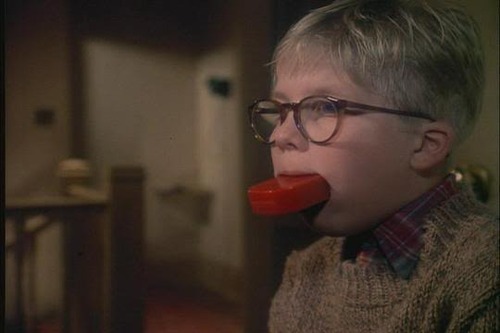 You can’t call yourself a real DJ if you aren’t rock parties with nothing but clean versions (the PG parties also usually pay the most).  But the problem is that the clean/radio version has become a lost art.  Too many artists either don’t make a clean version or just lazily blank or, worse, let the first vowel of the curse word play before they scratch it out (which totally negates the edit).  Thus, I thought it would be a good idea to remind you of how great radio versions used to be.

Death Row Records was always known for not going the lazy route and always recorded alternative lyrics instead of mere bleeps and silence.  The instrumental on this is also slightly tweaked and sounds a lot cleaner.  Pac’s last verse is completely different from the album version and is one of his best verses of all-time.  This video is also special because it was released on the Thursday (September 19, 1996) after his death.

This is one of those cases where I don’t even know why they thought that the original album version’s chorus was acceptable.  I remember being extremely disappointed when I got the album, Chopper City In The Ghetto, and hearing how awful the original chorus was.  The original’s chorus sounds very lazy and awkward.  The video version however is very catchy.

Once again Death Row made a dope song even better.  I always loved the trumpet breakdown on Snoop’s verse when he originally says “you think you got the bomb because I rolled you a joint.”  They also shortened Kurupt’s verse.  Although I love how he was spitting absolutely dope lyrics, in a party setting it drags the song down.

Suave House also made dope radio edits that were often more popular.  This one’s radio chorus was so catchy that  it made it  an undeniable radio hit.

The original to this was a very dark and grimy east coast sounding track.  Thankfully, for the video he went with smooth G-Funk track.  This is the song and video that still has me wanting a 1964 Impala with switches.

A simple swapping of words turns this song into a song that even your grandparents can vibe to.

The clean version of this ensured that this sound could forever be played at barbecues every.  Juvie & CMR went and re-recorded alternate words and it takes nothing away from the song.  The best part of this is that Lil Wayne added his famous “wobble de wobble de” on this version and not the album version.

This is the granddaddy of them all and the song that basically ended Lil Flip’s career as a mainstream artist.  Something about that “loaded AYE OHHHHH” that gets you hype.  I don’t think there is a person alive who doesn’t say the clean version’s chorus even if the album version plays. 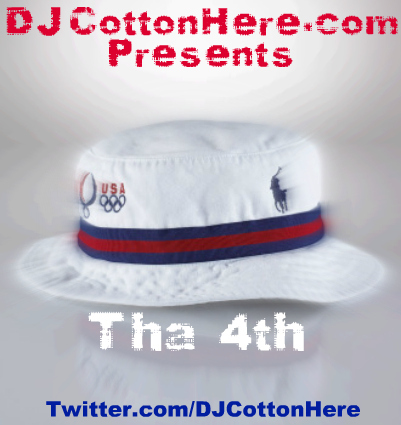 This is THE mixtape of the summa.  80 minutes of non-stop party music mixed live by Dj Cotton Here.  Plus, it’s all editied and kid friendly, but you won’t even notice it at all.  Features all the hit songs from Memphis, Dallas & Atlanta.  I put it out on the streets on the 4th of July and finally got around to uploading it.  So if you can’t book me for your next party, this is the next best thing.

Here’s a mp3 mix I did featuring all the teenage songs that we played late night on the phone (that Midnight Love type music).  Of course it’s all blended and mixed by DJ Cotton Here so it’s 60 minutes of non-stop grooves. 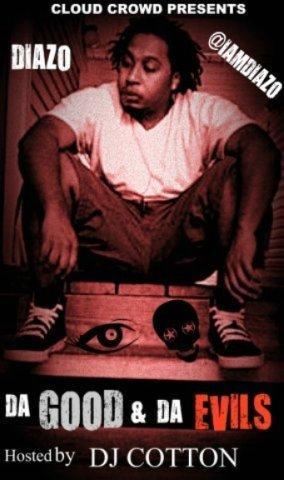 This is a 8 minute snippet of a mixtape I’m doing with up and coming rapper Diazo (@IAmDiazo) from Tennessee.  You know if I put my name beside it then it has to be quality legal drugs.  This is that real life music that is sorely lacking today.  If you liked Fabolous’ Soul Tape from earlier this year you’ll love this.  The full tape is dropping soon.

I went and did a live 60 minute blend of some of my favorite Tupac songs.  Download and jam out to this Cotton mix.  I’m doing one every day so let me know any ideas/themes that  you may have for a mix and it’s done.

08 Luther Vandross – Never Too Much

09 Bobby Womack – So Many Sides Of You

10 Zapp – More Bounce To The Ounce

13 The Staple Singers – I’ll Take You There

17 Willie Hutch – What You Gonna Do After The Party

No I do not smoke or drink and never have.  This is just a mix I made for my homegirl.  I actually use it to go to sleep with lol.

This is the first actual Cut Up that I released back in 2007 and include nearly all of my favorite songs (#7 is my all-time favorite by the way).  FYI “QT” mean quality time.  If you pay attention to tracklisting and interludes, it tells the story of a relationship:

Before this I had been making personal Cut Up mixes for myself since ’02 and people kept creeping me for them lol. Shoutout to my homie Joseph Blue for helping me come up with the name for this series lol. When I made my first personal mix at Tennessee State University on his computer our freshman year, he suggested that maybe I label it “Cotton’s Cuts” and it sparked me to add “Cut Up” after the slang term that means umm…”getting affection” lol.